This is my intro post. If you want to friend me just comment on this.... I really don't care who you are but i love to have some friends that like what i like and you will know after this post.
Bio-
Name: Rhiannon
Nickname: Nana
Birthday: February 16
Age:21
Height: 5'2" (158.8cm)
Interests: Japan and its culture, Asian boy bands, Youtube, watching people, backstage footage, Daydreaming, Sing, dancing, talking to friends, helping fans in need
Hate: Being alone. I don't hate a lot of things.
Favorite groups: Hey! Say! Jump, U-Kiss, Cross Gene, SS501,NewS, Kanjani8 Kat-tun-----I listen to a lot of random music and still open for more music ideas! ^_^
Favorite Japanese male idols: Takaki Yuya, Koyama Keiichiro, Yaotome Hikaru, Okamoto Keito,
Favorite Japanese female idols: Nozomi Tsuji, Koda kumi, Amuro Namie, Meisa Kuroki
(will add more later） 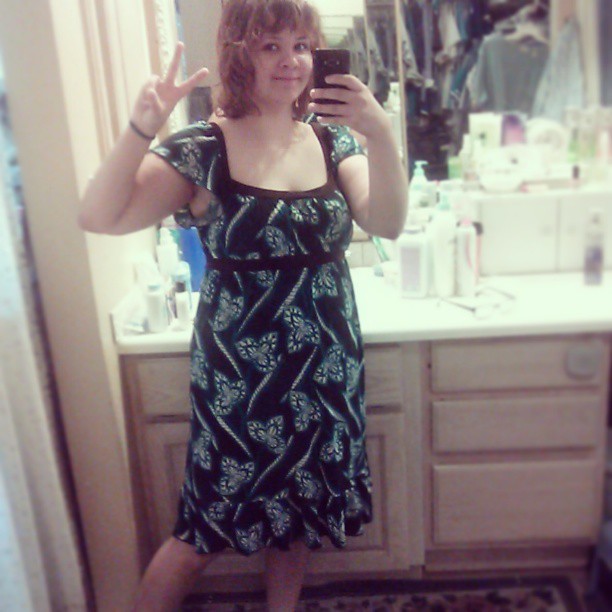 So I started having fun with youtube So here is some of my new videos! I have a Segment on Friday called Faboulous Friday, where I upload a random video
( Collapse )

Sorry All my friends, still on LJ. I actually haven't been paying attention to LJ for about 1-2 years. Mainly because I have lost some interest in Johnnys and I made Facebook my source of fandom. So, now I will fix up my LJ and update more often. Maybe not this personal blog as much as my Translating blog

taka_trans
By the way, I have a Youtube channel I have been having fun with recently.

Again sorry for the hiatus. I will try my hardest to come back to life.

Today was the jump concert!!!!

I woke up and had breakfast.
I got ready....and I was dropped off at the train station.
First timecut with out friend so it was scary.
But she write to directions down.

I finally got to shin-yokohama and I ended up on the wrong side of the road so i asked some1 how to get to Yokohama arena...and i ended up following him bcuz he was going the same direction.

He took meand to a bridge that went across all over and one side was yokohama arena.

Then I got to the site and had to figured how to get goods. I went to were the goods were and I tried to get in but found out that was the exit and I had to basically wall all the way on the other side of the arena to get my goods(well get i. Line to get into the area to get in lines for goods)

So yah...2 hour wait in the shadow...that was cold and what to make it wise is there was a breeze...and I had to pee and I was in a horrible mood bcuz I was hungry and yah....wasn't excited for jump bcuz I was busy being cold, hungry and bladder filled.

So sorry tothe ppl who were texting me and I was irrated...i was holding back snapping at u...so if I was mean...iwas really held back hehehehe. I was annoyed that the ppl asking me for stuff were changing and adding things after I made a list.

After 2 hours of line I finally gotto to get the goods. I had 3 ppl ask me for goods and they will repay me. 1 person is in japan so ill meet her on jan 8 and get money back!!!

After that I found a bathroom...and went to it.
Stupid japanese style toilets r the worst. Bcuz of Johnnys I keep having to use them.

Anyway got into line...and found out later we had to be in number order so I got into order...

I had flats to walk to and from the trains so for the con i changed to heels bcuz my seats were standing seats.

So anyway...we stood in the cold again for another hour or so(we as in me.....)
Then we got to go in....
I quickly went to my place...(after alot of confusion on where the hell is tachimi)

Btw when it says tachimi it means ur right behind the siting ppl of that block... the number is basically u can get better place to stand bcuz ur like number 1 or so.

Anyway i gotto basically a good spot....not close enough to see there whole face or get to touch them.

So then the concert started... I beleive they say mayonaka no shadow boy first....

And excuse me as I don't tell u everything in order from now on.

Things I remember.
Takaki....Takaki Takaki...
I watched him alot of the times.

What surprised me
Coulndt see there faced but I knew who was who.

Things that annoyed me...
I kept thinking Chinen or Inoo was ryutaro...


Okay funny things that happened.
During the Mc they were talking about yamada's drama......and they said Takaki has a mother complex...andI they started messing him. So then they told him to say "mama daisuki" and he did it. I screamed.

Some1 fell...I don't remember who or when...but some1 fell or messed up (maybe yuto....now I think of itmore iwas think it was yuto.) All I remember is thinking "he must be thinking....gyahhh I messed up"

There was a time dailies was tieing his shoe...and yuto wss hovering over him

During the encore....they sand aishiteru...and when they were to lift yamada....Takaki forgot it and tired tothe run over fast but it failed and they couldnt pic the boy up.

Yamada did the aishiteru thing at the end of the first ending....but he dragged yuto at the last last past and made him say he loves us..... but all he said was "monja daisuki"


Nakaken decided that sou is too slow so he carried him to the front of the stage.

2 juniors carried fuma to the center of the stage.

HSJ played magic power and dash. Magic power was on the front stage while they walked around(besides ino andI yuto)

When they did the introduce individual instruments....Hikaru bent over backwards and fell the the floor

7 had an asian moment and keito played the shamisen!

During time they costume changed like 3 times
Jacket>long purple outfit(it was so hot I loved it until)>sleeves come off(my eyes went like this *-*)
Then the juniors tookd off that outfit(all of them wearing black tank tops still hot amazingness)
Then they changed into white long jacket things and sang arigatou!

7 corner
Not a 7s fan but.....seriously I laughter so much
It begings with 7 together. They r waving and then keito blows a kiss...yamada then does and keito catches it. And they keep doing that for awhile. And my fave part eas when yuto blows a kiss and Chinen and Chinen eats it.
Then they went iverit tomy this piano and each one hit a key but when keito hit the key it made a *dong* noise...he hit the wrong key.
Then he hit another one and it made a cat noise and he posed as a cat....still wrong key...then they found the right key and they started playing ganbaretsugo on the keyboard(I forgot to say...b4 the keyboard they had a moment to show there skills...tapdance and dancing)
Then they sang wonderland train(jump classic)

Takaki blow a kiss at me...or the ither Takaki fan. We hapoened to be in the same direction I will never know.

During best one...hey did su.ri.ru. with the white board and colors.
They had little things with katakana characters for daisuki<3

Basically the boards they used for the shadow dsnce thi g the juniors turned them around....to show a black board and they had props.
A BAG and glasses. Takaki and I think Yabu tired their hair.
So they looked like nerds..like totally.
I know they did something to Takaki..i think they cuddled with him and that caused his glasses to fall off his face.
It was just plan adorable then at the end....they took out something from there bag.
Takaki had a plush if a onigiri and the words okaka came out(ppl know this joke please)
Idk what daiki's was....
Inoo looked like abad passport....butis highly doubt it was..
Yuba's was a stuffed dog...wtf

And Hikaru's was the ladt and best one....this gold paper csme out...butI it like never ended.....o-o

There was alot of yamajima.....it was crazy. Like...they were in love.

The performance of over was exactly like one oneand on music station...they sang a few ballads... futari....and the couplings in magic power. Not a fan of ballads so I kinda....rested hehehe.

One song 7 was in the above area in the little rolly things.

There was one yamachii part in a song. Hehehe.

Taiga was near my area....and was so beautiful singing ha.ru.na.tsu.a.ki.fu.Yu

Mc The press came up...and HSJ had alot of pics taken of them....they make alot of noises will making pics...it was funny.

Yabu announce he is going to assess

They mentions filming a pv...

Yamada, Chinen and yuto graduation....and how some1 kept asking g if yamada can graduate and yamada was lien "I can graduate!!"

Then they announced an asian tour....

After the Mc and sexy zone HSJ came out and sang the song super delicate.....

Interesting enough...there wasn't alot of new con stuff...it was all the songs and seeing the boys. Nothing too amazingly new. Besides super delicate.

I havent been updating LJ because i sometimes dont use it... i update my Japanese blog more often and i dont do it enough!!! Its hard to update anymore!!!

But here is a few things

I'm going to Japan in winter break!
My old computer is broken so i had to get a new one, so i have 3 computers!!
My life is very dramatic... and it sucks..... i keep getting headaches....STRESSFUL

AND I'm still single and loving it!! Hehehehehehe

My dog hasn't been doing to well so today my family plan to put her to sleep. Even though she really doesn't like me im really sad and I wasn't able to say good bye.
I just want this week to end.

Today this is my outfit

Anyway...so far the end of this semester is coming... and im working hard to pass my classes! Looks like im pretty much set in going to osaka in fall2012... I just need to work hard in my classes and find a job so I can't raise the money!
Im taking a few classes in summer....child development bcuz im very interested in children's development!! A science class that was the only one I could join for the summer and was interesting......bones stones and human evolution....yah........um...a public speaking class...and a reading class...which will kill me!!! So fun!

These r the demos...I decided to get the blue ones.

Hello everyone...just stoping by to say hi!!! 2morrow is my bday here in arizona.......in japan its already my bday im turnin 19 and im very excited!!!

This is my last year as a teenager!! Im also realzing how much I am close to tegoshi and older Johnnys ages...I mean im only 5 years younger than tegoshi but most of the year I am only 4 years!!! Its amazing...I see them as so much older than me!!

Im not doing much for my bday...but if u want to leave me a message either here or my facebook..or twitter!!!